Buzzard Barn
The Buzzard Barn renovation project is well underway.  We started in November last year and we are still on schedule for completion in June.  Three skip loads of material have been removed and the new damp proof membrane has been installed, tested and passed!  A new drainage system has been implemented on the driveway and around the building to allow runoff from the road to bypass the building and be absorbed lower down the paddock.  Now starts the exciting phase of putting it all back together and seeing it come back to life.  The plumbers and electricians will be in next and we are busy planning and perfecting layouts, colour schemes and soft furnishing.  If you would like to book Buzzard Barn between June and October 2018 please visit Holiday Cottages.  For bookings November to March 2018/19 please do so on our booking page.

Butterwell Farm Cottage Improvements
We hope our regular guests will notice the small improvements we’ve been making over time to our properties.  We will continue to do so to keep our cottage accommodation up to a high standard and make our guest experience comfortable and cosy, as well as keeping the practical amenities as user friendly as possible.  Recently Butterwell South Wing has been treated to new sofas and soft furnishings in the lounge to give it a lighter, brighter and hopefully more cosy feel, and we replaced the flue for the log burner last September.  Some light fixtures have been replaced in all of the properties to provide a more modern and warmer feel.  Kingfisher Cabin has a larger and more user friendly oven installation next week and the garden has been enclosed with a wooden fence which is dog-proof for most breeds.  Our B&B room has a lovely new kingsize bed to replace the double.  New photos will appear on the website in due course. 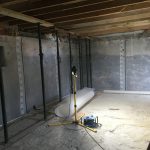 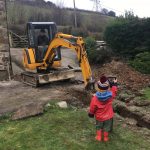 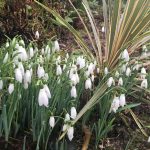 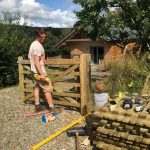 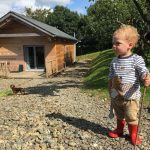 Estate Management and Wildlife Notes
As well and ensuring our cottages are looked after we also have our 40 acre wildlife reserve to think about.  We have continued to strategically plant trees along the river bank to protect it from erosion and provide some shade for our migratory fish.  We have also continued our fencing effort to gradually renew the majority of tired fencing throughout the estate, as well as protect our Forestry Commission tree plantation from deer.
Our dear friend, and highly talented wildlife photographer, Adrian Langdon has provided us with some stunning Kingfisher photos which we plan to get framed and display in the cottages.  Many of our guests, with some patience and stealth, have also been lucky enough to glimpse this spectacular bird at Butterwell.
In December we wondered if our eyes deceived us when we woke up and looked out of the window to see a seal resting on the river bank in front of Butterwell house!  Unusually this was a common seal and they certainly aren’t common off the Cornish Coast, let alone in the Camel Estuary, and least of all up the River Camel!  We tend to only see the Atlantic Grey seal which breeds on the Cornish Coast.  The seal was carrying an injury and the British Divers Marine Life Rescue (BDMLR) were called but couldn’t catch it.  It appeared alert and responsive and was heading back down stream towards the sea so we hope the salt water healed its wounds and it made it back to the ocean.  Seal photo seen below courtesy of Adrian Langdon once again.
In other news on the estate we have acquired two Jacob rams and we expect our flock to expand (at the same time as our family!) sometime in March!  Hopefully some of our younger guests will also find our new rope swing installed in our woodland reserve. 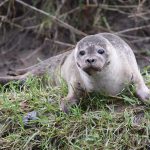 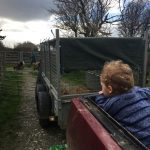 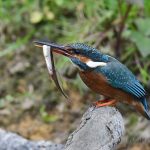 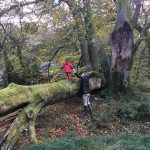 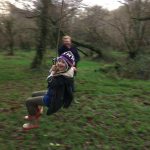 Rope swing in the woods

Fishing Season Summary 2017
Sea Trout
Fishing got going in mid-June as usual with a sprinkling of larger Sea Trout to 5lb.  The first part of the season was exceptionally hot and dry but within a few weeks our Summer disappeared and from mid-July the river was running high all the way through to the end of the Sea Trout season at the end of September.  The river broke its banks many times in this period resulting in the fish remaining unsettled.  Night fly anglers were constantly looking for gaps in the weather and resorting to daytime fishing or early evening starts.  Fishing pressure was again quite low after the early season effort but when experienced rods did fish the results were fairly good.  Those who persevered or were luckier with conditions managed to catch a total of 93 Sea Trout with all but a handful returned.  A good number of fish were in the 2-5lb bracket mixed in with the usual peal.
When conditions did fine down Sam was able to observe some large groups of Sea Trout up into double figures at the backs of some of the pools in July and August but the constant push of water meant these fish rarely settled long enough in one place to come on the take.  As in the past few years fresh Sea Trout have been seen running late in the Autumn.  It was pleasing to see the river in such a healthy state this year after three very dry seasons.  There is no doubt that the run of fish this year was good but conditions rarely favoured night fly at Butterwell.

Salmon
There is no doubt there have been more Salmon running the Camel this year than in the past two years with regular sightings of fish throughout the Summer and some encounters with daytime fly fishers in clearing water.  The monsoon like conditions that have been with us since mid-July have encourage fish to move through the Butterwell beats quickly with fish seen one minute and gone the next.  The Autumn fishing has been very disappointing and it became apparent most of the fish had gone through over the wet Summer with no appreciable runs in September and October, although fresh fish were seen towards the end of the season.  This pattern has been observed across much of the UK in recent seasons.   So the total of only 9 Salmon this year, largest 14lb, was very disappointing.  The dry seasons of 2014-16 had also been a great concern to us and it was not surprising that the extensive electro fishing surveys carried out in 2017 revealed very poor Salmon par and fry densities in the catchment, although trout densities were fairly good.  This situation prompted the EA to introduce an Emergency Byelaw requiring all Salmon to be returned, restricting bait fishing with worm and restricting hook sizes.  Full details of the measures are set out on the Fishing Page of our Website.  Alongside these restrictions we are pleased to note West Country Rivers Trust and the Environment Agency have been working hard removing obstructions and improving habitat along the Camel catchment as part of the extensive EU Grant works announced in 2016.  It is hoped this work together with ongoing spawning gravel restoration work undertaken by the Camel Fisheries Association will help restore the Salmon run to former levels.

Thank you for all those who have fished Butterwell this year and Tight Lines for 2018.

We look forward to seeing you at Butterwell soon.