Season Opening of the River Camel 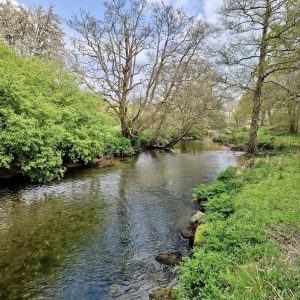 This months fishing report for the River Camel in Cornwall for Trout and Salmon magazine:

Sam Hamilton at Butterwell reports the river was low and very clean at the start of the season on 1 May. A tiny amount of rain during the opening day lifted the water an inch or two and coloured it a little before dropping back the next day. It’s too early for much fishing but a local rod managed a couple of sizeable browns. Two spring salmon have already been spotted. One at Butterwell and one just a little further downstream. After such a dry spell some rain in the next two months would be welcome although the sea trout normally run into Butterwell even in very low water. The smolt run attracted considerable attention from the cormorants in such low water conditions. It’s hard to say if that’s good or bad news but based upon recent survey results it’s probably a sign of a reasonable run to sea. Let’s hope we see them again! 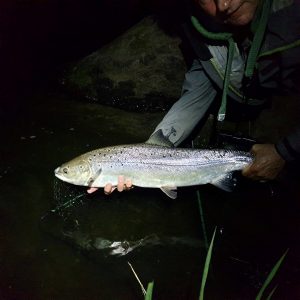 Fly fishing on the River Camel at Butterwell Farm